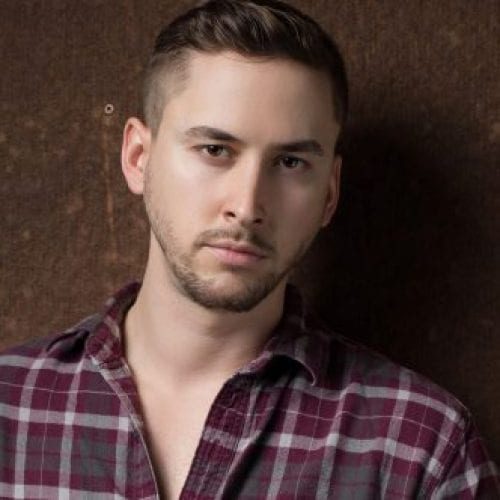 Originally from Seattle, Washington, KC moved to LA after receiving a scholarship from EDGE Performing Arts Center in Hollywood. Most recently, he has danced in the record breaking, FOX live event, “GREASE LIVE!” directed by Tommy Kail. KC can be seen in feature films such as: “LA LA LAND”,“TED 2”,Disney’s “TEEN BEACH 2”, “TEEN BEACH MOVIE”, where he plays the NERD and a Biker, HBO’s “Behind the Candelabra”, and the Nickelodeon movie “Camp Fred 3”. Recent commercials include: SKECHERS, TOYOTA COROLLA, VIRGIN AMERICA safety video, Proactiv with Julianne Hough and MICROSOFT. He has worked exclusively with TAYLOR SWIFT, Ariana Grande, Kylie Minogue, Jane Lynch, Emma Stone, Betty White, Boyz II Men, Julianne Hough, Vanessa Hudgens, and Iggy Azalea. KC has danced in five seasons of the FOX hit show GLEE.. He was a Dancer/Warbler in the GLEE LIVE! 3-D CONCERT MOVIE and the GLEE LIVE! TOUR. He has been in numerous performances on Dancing With The Stars over the past seven seasons choreographed by Mandy Moore, CHRIS SCOTT, Dee Caspary, Marty Kedelka, Marguerite Derricks, and Kenny Ortega. He was the associate choreographer on the most recent season of AMERICAN IDOL where he was also a featured dancer. KC can be seen in the box office hit “No Strings Attached” and the remake of the movie “FAME,” choreographed by Marguerite Derricks. Other credits include Assistant Choreographer for “Easy A” and “90210,” dancing for Rihanna at the VMAs choreographed by Tina Landon, and is one of Mandy Moore’s assistant choreographers on SO YOU THINK YOU CAN DANCE.

KC’s class specializes in a strong CORE foundation. He believes that no dance style can be accomplished unless one understands the importance of a strong center. Innovative and unique, KC creates choreography that incorporates everything, producing a movement with fresh ideas. His passion in life is teaching and choreography, focused on keeping jazz and true technique alive while bringing originality to his art. More than anybody, KC is greatly inspired by GENE KELLY and BOB FOSSE! His choreography has gone on to win many awards. KC is one of Hollywood’s most sought after Choreographers and Dancers.